Ciência Viva no Verão with LIP

"Last Saturday, the activity Cosmic Muons in the Mine took place at Centro Ciência Viva do Lousal, organized by LIP researchers within the LouMu project. The activity will be held again next Saturday, 30 July." 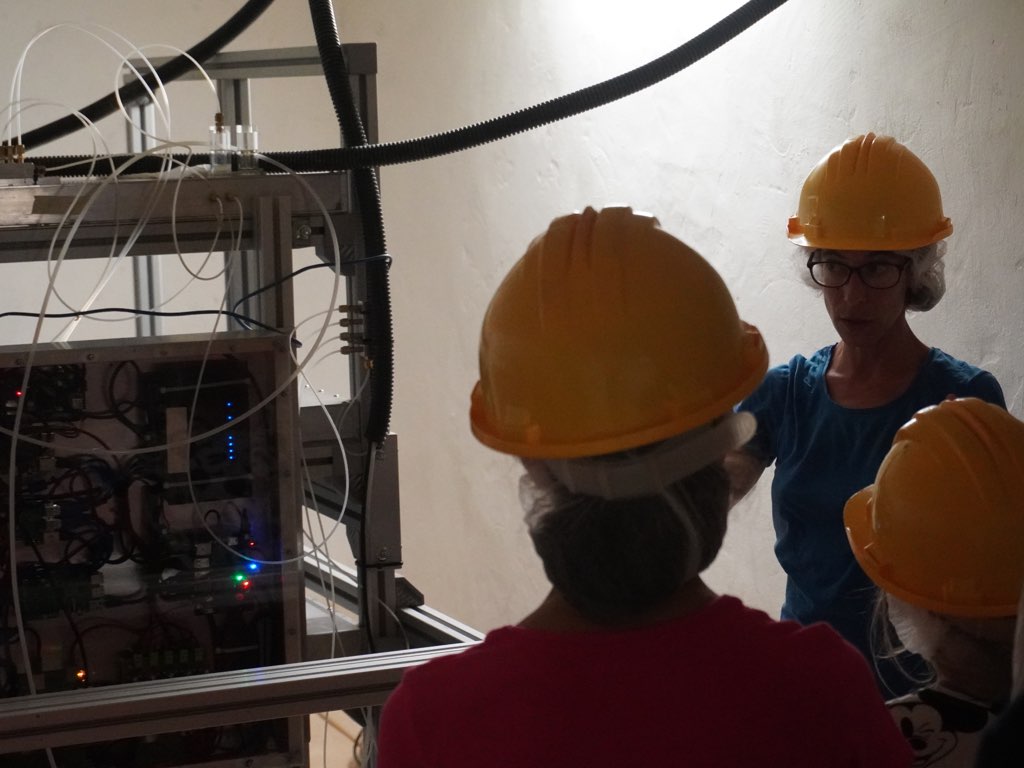 Once again, during the Summer, science is outdoors all over the country, with a variety of free participation actions organized by Ciência Viva centers, scientific institutions, municipalities, companies and scientific associations.

LouMu is a scientific project that combines particle physics and geophysics to map geological structures using muon tomography, a technique based on "radiographies" made with natural radiation produced in the atmosphere by particles that reach the Earth from space: cosmic muons. The LouMu detector is installed at the Lousal mine.

Partners in this project are LIP, the Institute of Earth Sciences of the University of Évora and Mina de Ciência - Centro Ciência Viva do Lousal, also in collaboration with LNEG. Learn more about the project.

The activity "Cosmic Muons in the Mine" begins with a conversation about cosmic rays and the muon tomography technique. This is followed by a visit to the detector installed in the Waldemar gallery accompanied by the scientists (physicists and geologists) working on the project.

The pictures show some moments of last Saturday’s visit (July 23).

Next Saturday, 30 July, there will be another opportunity to learn more about cosmic muons and muon tomography at the Centro Ciência Viva do Lousal - MIna de CIência, with another "Cosmic Muons in the Mine" session.Registration and more info here. 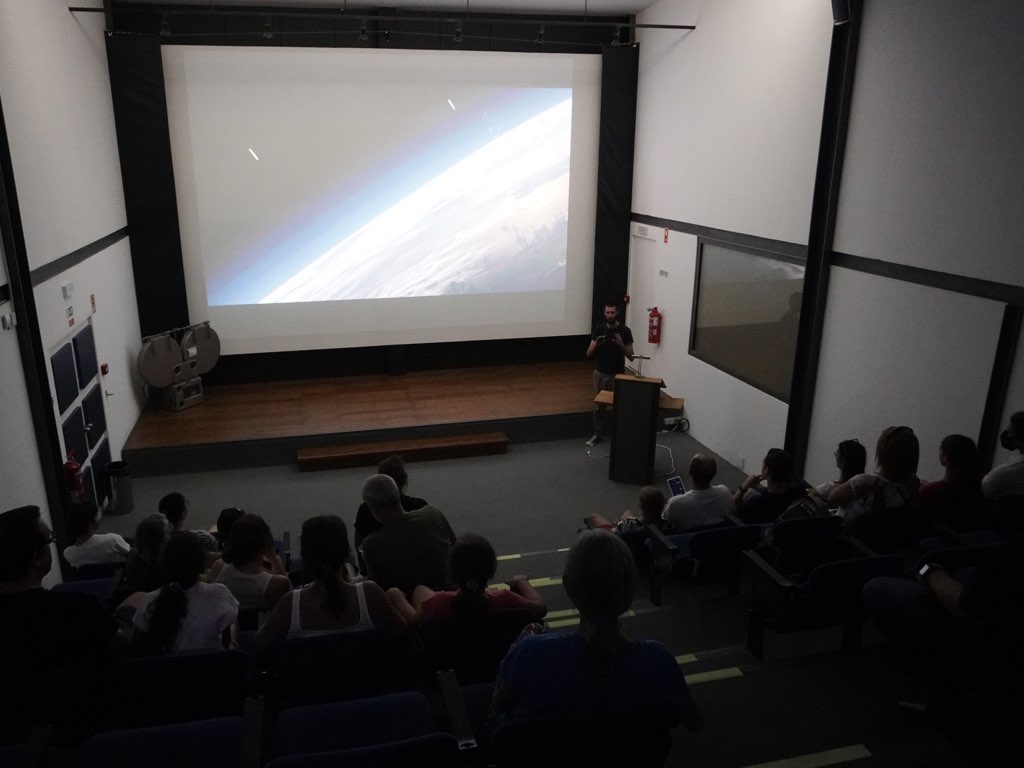 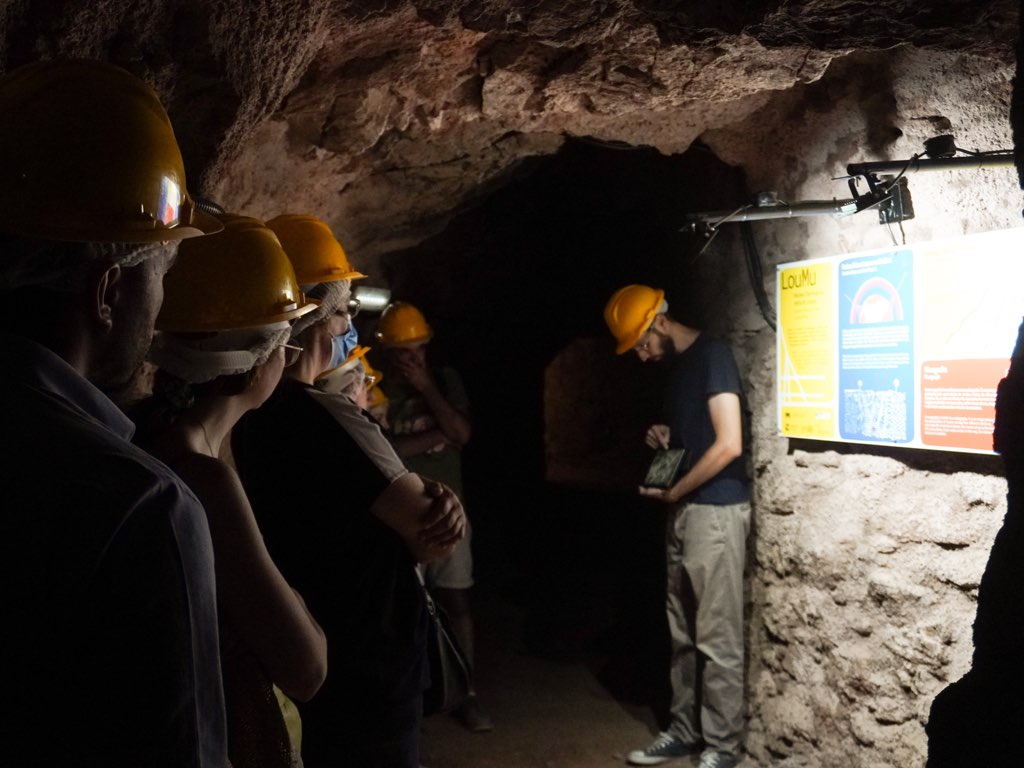 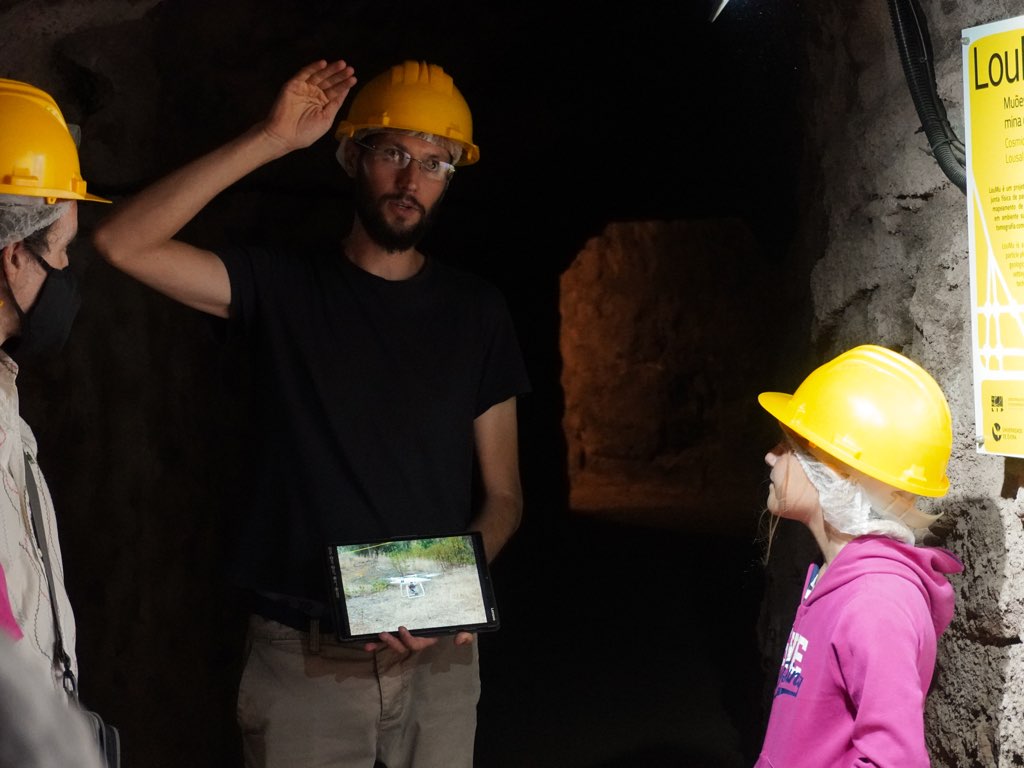 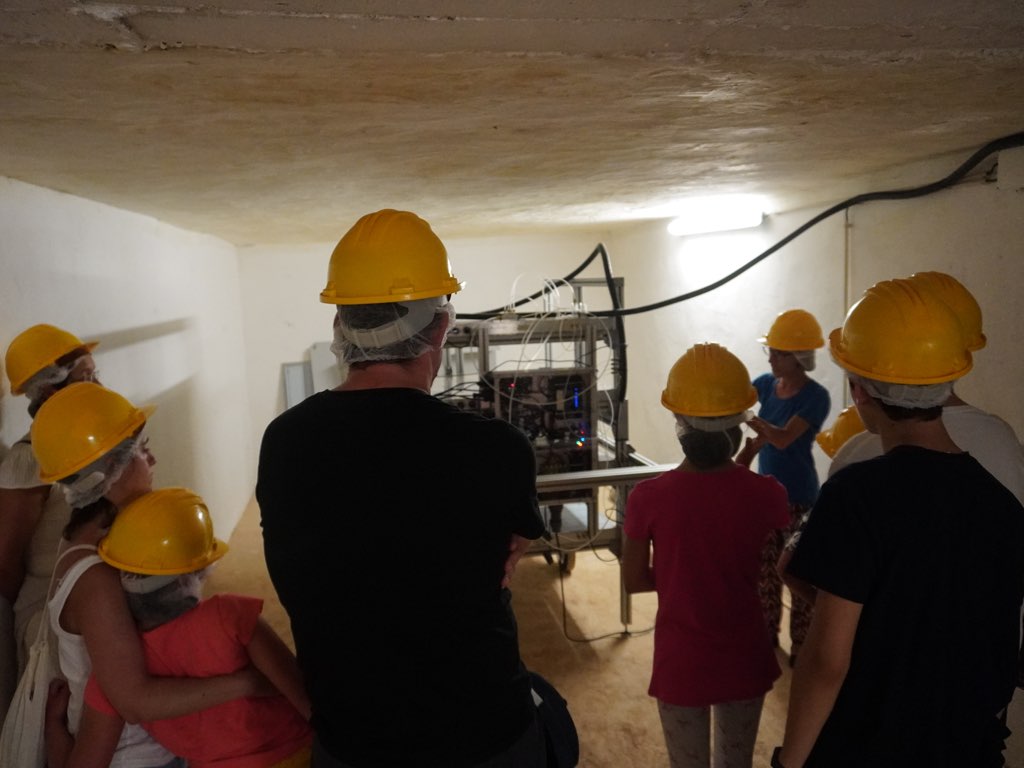